by Niklas Nordström | tips and tricks

One of our favorite documentary series on food. What’s not to love about visiting the minds, lives, and kitchens of the world’s most famous chefs? Each episode focuses on a single chef and their unique experiences and passion. Season 7 hopefully premieres this year.

Episode tip: S4E3 ”Jordi Roca” – A tale of the three brothers behind the three-Michelin-starred restaurant El Celler de Can Roca. When Jordi Roca by coincidence became responsible for the pastries in the restaurant, he surprised everyone with his creative creations and turned the restaurant into one of the best in the world.

Love it or hate it, this documentary has been discussed and debated ever since it premiered. We follow UFC-fighter James Wilks as he meets with experts and scientists on the hunt for the perfect diet for athletic performance and health. The documentary has received both positive and negative reviews, the critics accuse it of scientific inaccuracies and perceived unbalanced support for plant-based nutrition, with several experts accusing it of misinformation and pseudoscience.

The complete series of “Explained” is great but if you’re looking for something short (18 min) to watch about food, this episode is a good pick. The episode discusses meat consumption and explores meat alternatives for the future.

Chef and author Samin Nostrat explore the four elements of good cooking. She meets up with restaurant chefs, home cooks and food artisans all around the world to develop a greater understanding of the kitchen fundamentals.

A documentary series about the problems in the food supply chain and food industry. Each episode deals with one food product and shows interviews with the manufacturers, distributors, and others.

Episode tip: S1E1 ”lawyers, guns and honey” – A heartrending story about the increasing demand for honey, while the bees are dying in record numbers, leading to the theft of hives and other shady tactics.

More from our blog

Read about our latest news and insights

END_OF_DOCUMENT_TOKEN_TO_BE_REPLACED 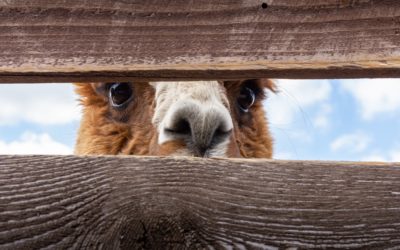